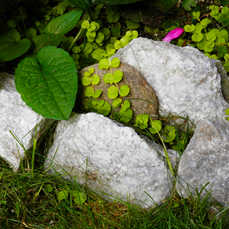 “Jan. 14, 1833: Reverend Samuel Worcester was released from a Georgia prison after serving four years of hard labor for speaking out against the mistreatment of Cherokee Indians.”

We look back 180 years, congratulating ourselves on how far we’ve come. Today I wonder. This morning’s reading from the book was followed by something in the newspaper that disturbs me: the idea of arresting someone not for an act of terror, but for the potential to act. To arrest the radicalized that would not ever resort to terrorism.

Of course I don’t support acts of terror. Nor do I consider myself radical. In fact, quite the opposite. But I wonder about the next step after that. The one where it becomes a crime to think, to speak out against those in power that we don’t agree with. Is that also radicalization? What does that word truly mean? I think about the weakening, perhaps abolishing of freedom of speech. Is that the next step?

Today, I read about imprisonment in the past
for speaking against mistreatment of Cherokee.

Today, for just the potential to act. How long before
they still the tongues of anyone who speaks against the powerful?

Is the future one of dictatorship, loss of freedom,
where just to think becomes a criminal intent?