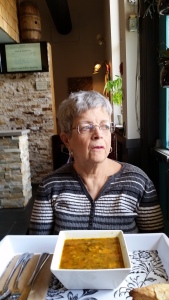 I am participating in Blogging 101 for ways to pump up the volume here on Quillfyre. Today’s assignment: changing the blog title and/or tagline.

I thought about it, but other than adding one of my favourite quotes, which has nothing to do with blogging, poetry or writing (or not much!)  I realize that I am still happy with aspiring. I’m not perspiring, expiring or retiring from writing. And anything else sounds too academic, which is not what I do. English: An ancient statue of a lion with a gazelle between his feet, exhibited in the garden of the Damascus National Museum, Syria. (Photo credit: Wikipedia)

Source might be:
― Christopher McDougall, Born to Run: A Hidden Tribe, Superathletes, and the Greatest Race the World Has Never Seen

But then there is also this information which dates much further back than McDougall: http://quoteinvestigator.com/2011/08/05/lion-gazelle/

Of course, look far enough, and you read someone else saying it’s all wrong. “The antelope only has to run faster than the slowest antelope.” http://boards.straightdope.com/sdmb/showthread.php?t=661372

It doesn’t really matter though, because the part that resonates for me applies no matter who has the need for speed: when the sun comes up, you’d better be running.