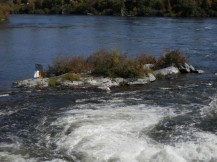 Week 3  sees the days longer, sun, where it is not hidden behind clouds rises earlier in the morning, and with the sun I begin to rise earlier too.  Before I sit down to write, I first spend a little time reading, goal this year is 75 books, and I begin the week having read 9 so far.

Each new worry given strength by doubt
builds its own mountain, fills backpacks with
its rocks for me to carry as my burden
Logic never wins this battle, no matter
how I teach myself why each fear is a chimera
always the tiny voice saying “but you don’t really know…”

I hear the laughter: his, my own
when I try to plead my case for why worry
holds its sway. One side of me knows it’s foolish
the other has its doubts. Always it is the doubter
that wins out.

Jan. 17 2016
Horizon silhouette against
a purple twilight sky, the song dog
lifts his muzzle to the wind
and his desert dog song soars
skyward in a moon moan to
haunt the coming night.

*song dog quoted from Alice Notley’s Culture of One

Missing the words of Rilke or the wisdom
of Anishinaabeg, the teachings of the Dene,
words come slowly or stall in the January sky
finding only weather and the harsher side of winter.
Reading only the indecipherable, the inscrutable,
even the poems are waiting, perhaps for Spring.