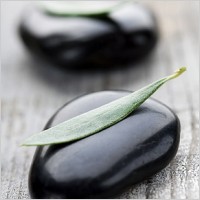 Today I draw not from The Red Road, but inspired by the poems of Red Hawk, encountered first this morning in an old issue (2007) of Vallum magazine, http://www.vallummag.com/poem_redhawk_dream.htm

and later this morning I also see another Red Hawk poem on Rattle: http://www.rattle.com/poetry/category/poems/

“…they come up river-haunted.
spewing up the language of river stones…” — from Dreaming With The Stone, Red Hawk

As this journey through small stones flows
to its last days, I’m drawn to the flat black stones
of Red Hawk’s river, to the small brown pebbles

in a dry fountain on a bookshelf, to the gloss on
grey stones the colour of doves’ wings
in the late sun of early summer evenings

each speaks its own stone dialect, yet only the touchstones
from friends no longer here reveal their messages.
The first says “Peace” and the other  whispers “Believe”.